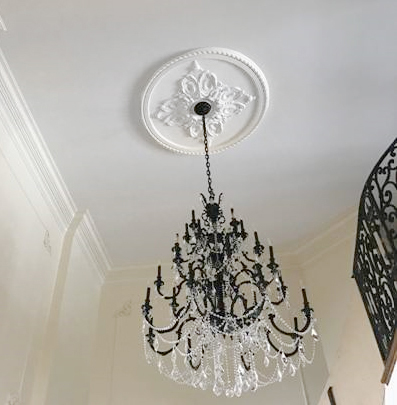 The Milton ceiling medallion is modeled after original historical patterns and designs. It is manufactured with solid urethane thus making it lightweight yet durable. The urethane medallion is white and has the option of being painted, however, it is factory primed upon delivery. Finally, ceiling medallions are simple additions to one’s home that can enhance the value of the home monumentally.